Home > Resources > How do I get pictures off SanDisk

How Can I Recover Deleted Photos from a SanDisk SD Card

You took some photos on a SanDisk and view those photos on the camera playback—everything is alright. Then you open up your computer, insert memory card, and expect to download the photos onto the hard drive. To your dismay, the only thing you see is the message saying "No images", and the camera states "Disk is full" when you insert the card back into the camera.

We've all been there. Missing photos on SanDisk SD card is not a strange thing; but with any luck, you often have a reasonable chance of finding and recovering deleted photos from SanDisk. Whether you're using the SanDisk Ultra, SanDisk Extreme, SanDisk Extreme Pro or other SanDisk standard SD cards, the photo recovery solutions offered in this article should do you a favor regardless of mistaken deletions, formatting, corruption, Raw errors, crash, virus attacks, etc. 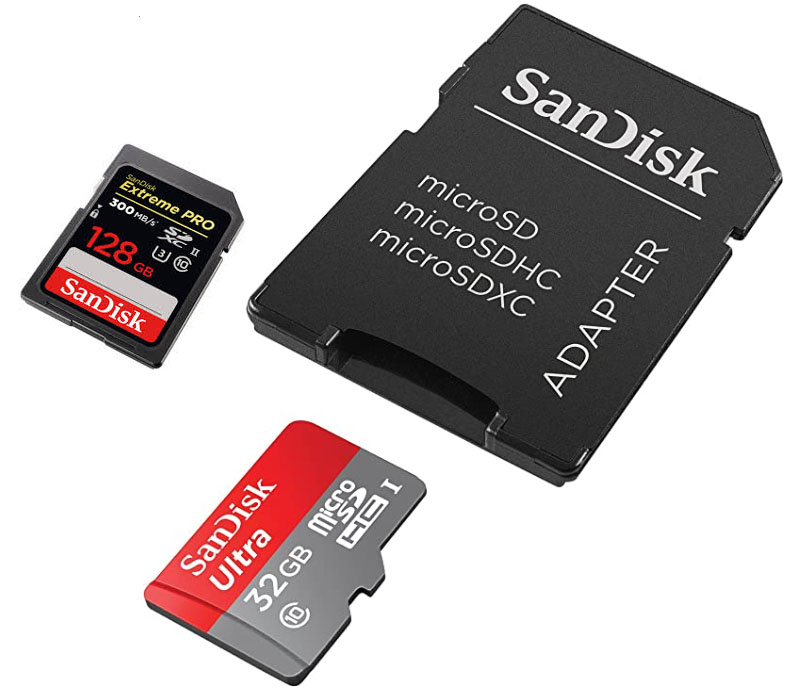 People often think of recovering photos from a SanDisk SD card as something technical and complicated. And when you delve into the basics of memory cards, it can be—but the recovery is actually very simple. Here are three basic things you should do when your photos lost from SanDisk SD card from any unexpected situations or you've accidentally deleted them.

Is SanDisk recovery possible? The short answer is, as long as you haven't overwritten the photos stored in the card, yes.

Before those lost photos are recovered, never attempt to do any steps so as not to overwrite any data there like formatting, reformatting, taking new pictures or saving other files. Otherwise, it's harder or even impossible for recovery.

Sometimes it's hard to say exactly what's going wrong with the SanDisk SD card causing the photos disappeared, but when thing happens, the second thing you need to try is a scan with a reliable recovery program.

There are a wide range of data recovery apps on the market. Most of them perform similar task of recovering photos and files lost from SanDisk and showing them in a readable fashion—of course, they go beyond that to actually dealing with data loss from all kinds of storage devices. This involves when the SanDisk SD card becomes unreadable, formatted, corrupted or stops working. The difference is the technology they use to see the files in the memory cards and skill to get back the photos. One of the overall best photo recovery software tools is SD Card Data Recovery. It is featured-rich, powerful, and with just a little effort, can recover photos deleted from SanDisk SD card.

Try it out: How to Recover photos and files from SanDisk SD card

Launch Data Recovery after installation. Insert your SanDisk SD card to the computer. You need to use an external adapter if your computer doesn't have a built-in card reader. The program can also read it properly that way.

On the software window, specify target file type and location for scanning. The utility can handle with recovery for photos, audio files, videos, email, documents and other files and retrieve anything from HDD, computer recycle bin, and any other external media. For SanDisk photo recovery, choose "Image" and the drive of your SD card, and click Scan button. 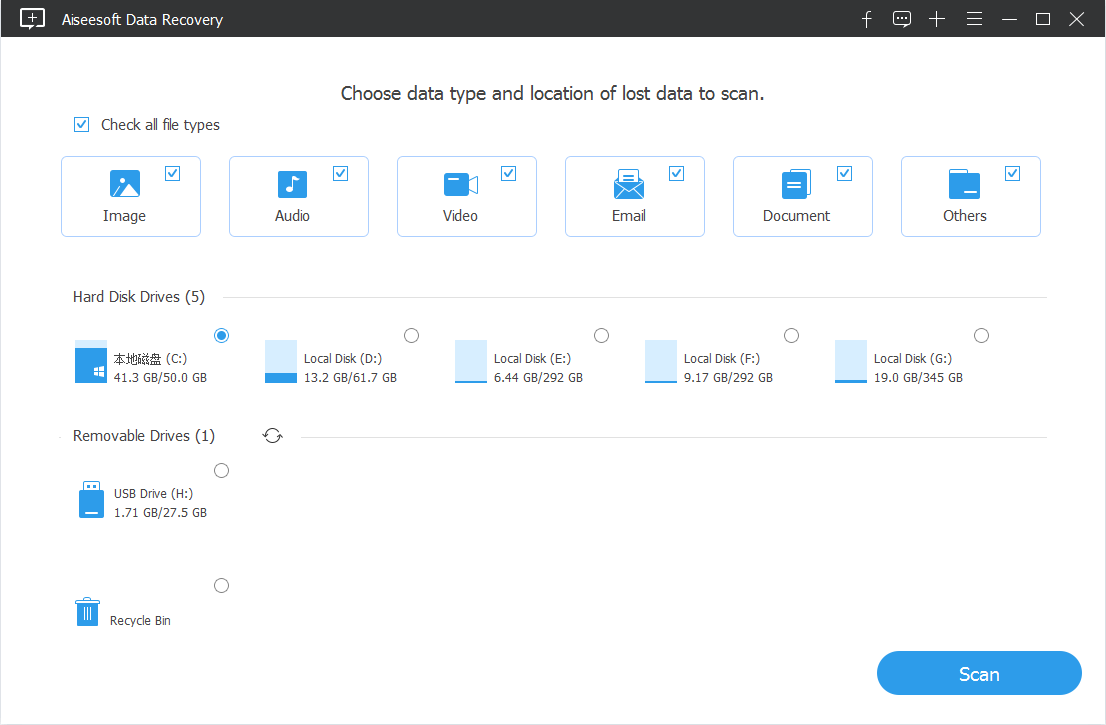 The software will first do a quick scan and this finishes in a few seconds. It will display the photos have been found on the window, and sort the images by formats like JPG, JPEG, PNG, TIFF, BMP, PSD, GIF, RAW, RAF, etc. Check whether the photos you need are there. If not, try the Deep Scan mode. This scans the memory sector by sector.

Choose the photos you hope to recover and click Recover button to initiate the recovery. Before the process begins, you need to designate a folder to save the recovered photos. Don't save them to your SanDisk SD card in question. This is how easy Data Recovery is to use. It's totally a connect-scan-recover process.

If the data recovery apps failed to find the images deleted from SanDisk SD card, you need to get help from the professional forensic labs. The technician will uncover the dreaded errors leading to a non-functional SanDisk memory card and try to recover the photos you need. We haven't test this in-lab service so we can't guarantee it's 100% worked, but it's safe to say that the recovery is free of charge unless the company actually gets back your files. LC Technology specializes in SanDisk products and offers Manual Lab Recovery Services for the recovery.

Generally, the photos are gone for good and unrecoverable if you overwrite the SanDisk SD card after deletion or formatting, or your card is physically damaged.

The Quick Start part is good enough to deal with the SanDisk SD card photo recovery. If you're interested in the other recovery applications, continue to read.

In addition to the Data Recovery software aforementioned in the Quick Start part, there are other excellent tools claiming to recover SanDisk photos, such as RescuePro & RescuePro Deluxe, Recuva, PhotoRecovery & PhotoRecovery Professional, PhotoRec, etc.

RescuePro and RescuePro Deluxe are versatile, user-friendly file recovery utilities that help users recover not only photos, but audio and video files, documents and other types of files that have been deleted, lost, formatted. They are supported by LC Technology (not by SanDisk any more) and adequate for most people, especially for rookies.

The software is compatible with most form of digital media, and SanDisk SD, SDHC, and SDXC memory cards are included: Standard, Extreme, Extreme Pro, Ultra. Simply insert your SD card where the deleted photos reside into the reader, run the scan and save the recovered images. The graphic, wizard-driven interface should guide you through the whole process. Note that the software doesn't allow you to select the directories to be scanned.

It also includes Wipe Media option for a permanent file deletion, ensuring that no one or even the data recovery program can access and retrieve your data.

The official professional-grade memory cards like Extreme and Extreme Pro, offer a free-one-year license of RescuePro to retrieve the files that you've accidentally deleted. The code is in the package. 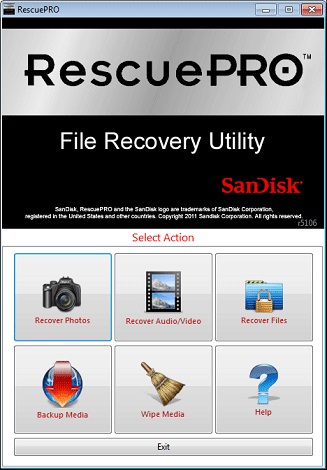 If you're on the lookout for an easy to use file recovery product, Recuva is worth checking out. It offers a good deal of powerful functionalities — just like what you find in the Data Recovery. It has a free version, though you can purchase Professional version to get more advanced features. For basic use, though, a free version should recover most of files unless they're overwritten.

What really set Professional version apart is that it includes the ability to create an image file from the disk with files you need to restore, and then recover files from the image.

Let's say the pictures from SanDisk SD card vanishes. Recuva makes it easy to recover older photos. At the startup interface, it will ask what sort of files you're trying to recover - All Files, Pictures, Music, Documents, Videos, Email and so forth, then asks where you recover the files from - On my media card, In my documents, In the Recycle Bin or In a specific location. After that, it will display any found files followed by a scan. 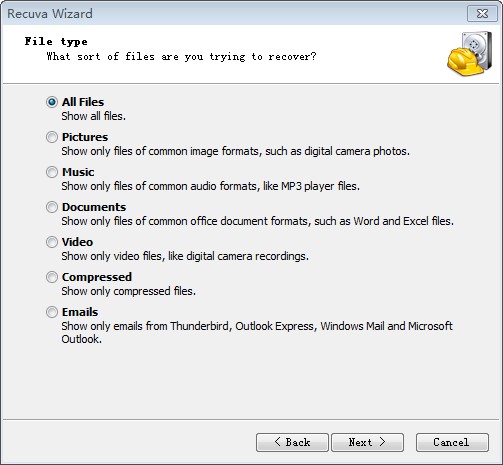 PhotoRecovery is another software developed by LC Technology. Despite its name especially for picture recovery, it recovers videos, music files, documents, spreadsheets and so on from all types of digital media with different manufacturers, except hard drives or RAIDs: Memory Cards, MicroSD/SD/XD cards, USB flash drives, CompactFlash, etc.

Try the free evaluation version to see if it finds the missing photos before you decide to buy a license to actually recover them. Standard and Professional are available for both Mac and Windows computers. 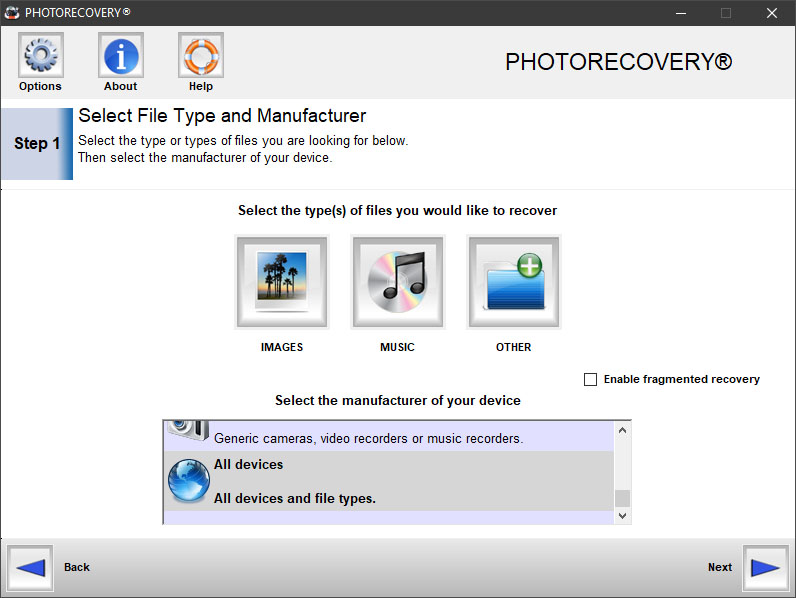 PhotoRec is a free solution for photo recovery. It works well at recovering photos and other files that were accidently deleted, formatted by accident or by corruption, and retrieve them not just from SanDisk SD card, but from devices like memory cards, computers, external hard drives, CDs, and more. It's safe to use and doesn't write to the SD card, drive you're trying to recover photos and images from.

If you have a little trouble getting started with it though, that's okay—the UI is less intuitive because of the command line interface. You will need a user manual to do the recovery job. 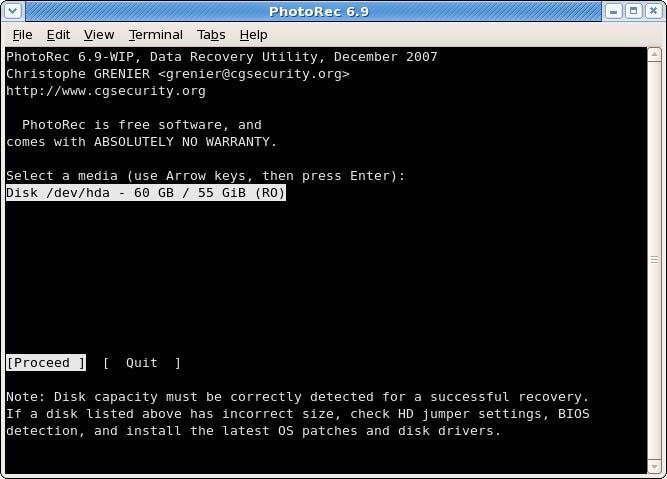 Rule Out the SD Card Issue

To help you get a successful SanDisk recovery, it's essential to test the memory card to see if it's a problem. Put your SanDisk SD card to the camera and see the pictures as usual. If your camera can't read the card, it's possible that there's card reading error - the memory card has been formatted, corrupted, damaged, encrypted, write-protected. On other hand, if the card works with your camera but cannot be read by computer, then the card reader or USB adapter should be the culprit.

But the good news is that you have the last resort to fix pictures on SD card not showing in camera or computer. Step up to use the photo recovery programs to recover deleted pictures from the SanDisk SD card - whether the card is corrupted, crashed or stop working due to virus infection or human error; the card suddenly ejected itself when you download images into the Mac the no photos appeared; you've accidentally formatted the memory card without backing up the files first; you removed the card while the device is on; you ejected the card while the data is being transferred; or some other errors make the photos gone missing.

2. Do not adjust file format settings on your camera or phone to save shoots on the SD card. It's likely that the formats you modified are not compatible with the computer and the photos won't load from the memory card.

3. Remove write protection from the SanDisk.

4. Get rid of virus and malware infections.

How to Recover Videos from SD Card

How to Recover Deleted Files

How to Import iPad Photos to Computer