Is there an easiest, and best of all, FREE program to convert WAV to MP3? I consider a good and simple MP3 audio converter for Mac with single-click conversion.

Looking for the easiest freeware program to convert .wav audio format to .mp3 in Mac? Whether you have a ton of music files in WAV format taking up too much Mac's space, or the WAV files are not so common for ordinary music players, or for any other sharing purpose, it makes sense to employ a WAV to MP3 converter for Mac to complete the conversion smoothly and effortlessly.

There're many tools on the market and each of them has different features for everyone with different skill levels. So to help you choose between them, the article is listing out the best WAV to MP3 converters for macOS, Windows, or free online. The reality is that you will most likely need to try two or three converting programs to identify one that meets all of your requirements: performance, editing tools for bit rate and sample rate, audio quality after conversion, etc.

Tips: If you need a versatile .wav to .mp3 free converter to use on Mac, move to the 3rd program outlined in this post. You'll find it difficult to go wrong with the application while converting.

Online Audio Converter does seem to be well-regarded online free WAV to MP3 Converter for Mac users and Windows users. It's an excellent, fast and at least does what it should do without any installation. In addition to the capability of free converting a WAV file to MP3 on Mac or PC's browser, it can convert any media files to these limited audio formats: M4R, M4A, FLAC, OGG, MP2 and AMR. You're allowed to convert source files from URL, Google Drive or Dropbox.

People who are looking for an all-round program will not prefer this app since it cannot deal with conversion between video formats. The website has advertisements, too.

Intuitive in design, this MP3 converter for Mac online is easy to navigate. To convert from WAV:

Once the process of converting to MP3 in Mac is complete, download the file. 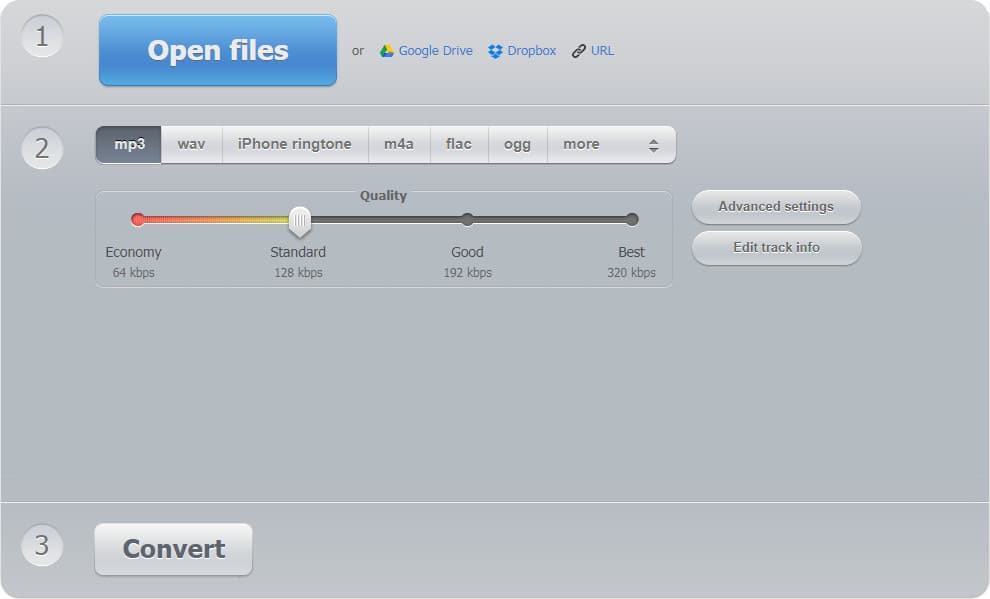 2. Apple Music app on Mac or iTunes for Windows

When it comes to popular and free audio converter from WAV to MP3 in Mac or Windows PC, no other app comes even close to the feature that is packed inside the Music app (macOS 10.15) and iTunes. Though the AAC encoder is the default setting, you can switch this so that .wav files you imported into the library could automatically adopt the MP3 format instead.

If you own a Mac with macOS Catalina 10.15, use the Music app for an easy conversion of .wav to .mp3 - though it's not a matter of drag-and-drop.

The WAV converter for Mac will duplicate the uncompressed WAV files but in the compressed MP3 file format. 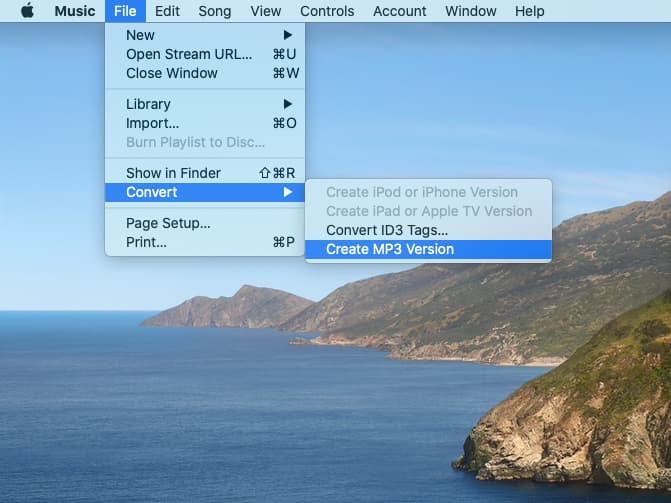 For those who are running on a PC, use iTunes - the free WAV to MP3 converter for Windows to do the conversion smoothly. The same process can be applied for converting WAV files into MP3 files in Mac with macOS 10.14 or earlier.

Your computer converts WAV songs to MP3 format quickly, displaying next to the original files.

3. A Dedicated WAV Converter to MP3 for macOS and Windows

Apple's iTunes and Music app can do the file conversion, but if you'd rather have a dedicated program that can handle multiple file formats or looking for something more comprehensive, Video Converter for Mac may be your top pick as the best Mac-based WAV to MP3 converter utility. In addition to converting files from WAV to MP3 on Mac, it converts just about all audio files and videos files from one format to another with high quality retained. It supports for batch conversion and vouch for its effectiveness.

The utility tool also comes equipped with a powerful collections of editing tools and easy-to-use presets tailored for common device you want your media files to play on. With these impressive features combined in one, it's no surprised that Video Converter has been considered the "all in one" MP3 conversion tool Mac

Download the WAV audio to MP3 converter for macOS or for Windows, install it and then launch it. At first glance, you'll immediately appreciate the tool's concise interface - drag and drop the WAV files, select MP3 format as output, adjust your audio settings such as bit rate, sample rate and channel if needed, and hit the Convert button.

The to MP3 converter for Mac works quickly and saves the converted MP3 songs to the same folder as the original wav unless you designate a directory before the conversion.

For an in-depth understanding of the guide, visit this resource: How to Convert WAV to MP3 on Mac or PC

As the name suggests, the free download All2MP3 is specifically a MP3 converter for Mac computers. This means that it could effortlessly convert movies and music to the MP3 file format on macOS platform so that you can enjoy the songs on any music application or device. The drawback is that batch conversion is not possible.

To convert a .wav file to .mp3 in Mac computer for free:

MediaHuman Audio Converter serves as a free wav converter to mp3 on Mac and PC. It lets you convert audio files into multiple formats efficiently through its intuitive interface. You can add multiple tracks and the convert them simultaneously.

The process is simple, but the buttons are unobtrusive and settings for selecting the destination folder is hidden away. So you need to dig a little into the tool to figure out how to use it. The following operating systems are supported: Windows XP and newer, and macOS 10.6 and newer.

Audacity is freeware, open source, cross-platform audio editor, and it does more than editing audio files. It has been becoming a great WAV to MP3 converter for Mac free download, as the LAME MP3 encoder is finally bundled with it in version 2.3.2 for the first time. The file compatibility isn't as comprehensive as other WAV converters in macOS mentioned above, but it can import and export the common formats such as MP3, WAV, AIFF, FLAC and OGG.

Note: In the older versions of Audacity, it's REALLY hard to do audio conversions without first installing LAME MP3 encoder. The program should automatically prompt you for the Lame download and tell you what to do next. 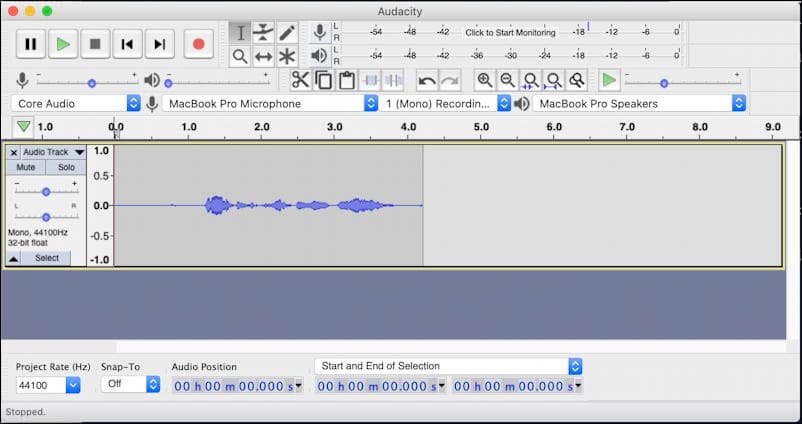 WAV (Waveform Audio File Format or WAVE) is an uncompressed lossless audio file developed by IBM and Microsoft, which can eat up a lot of disk space on the Mac or PC. While the WAV music is catching and used for recording sound, it's still not the popular format for most audio players.

In contrast, MP3 files are smaller and more compressed that can be played on every single device. Plus it's easier to edit and share. That's why you need to use a reliable lossless WAV to MP3 converter for Mac to convert your .wav files to .mp3 in no time.

How to Convert FLAC to M4A on a Mac or PC

Convert from MKV to .mp4 files for Mac

How to Convert MTS file and Copy to iTunes