Home > Resources > How do I fix a frozen iPod touch

Troubleshooting - Why is my iPod Touch frozen?

It can be frustrating when you try to unlock your iPod Touch's screen or turn it on, only find that it doesn't work as your expected. Some users report that their iPod Touches are frozen and won't turn off and on or anything. So what goes wrong? Why is the iPod Touch screen frozen, and what can you do about it?

If you're struggling with similar problem, don't worry. There are several things you can try to diagnose and fix it. This topic will give a brief overview of five common troubleshooting methods to reset a frozen iPod Touch. If all attempts fail, you most likely have a hardware issue that is needed to be serviced at local Apple Store.

What to do if your iPod touch keeps freezing up after restart? You will want to have a force restart of the device.

Force restarting the iPod Touch makes no guarantees to fix your frozen problem, but it is always worth a try.

Press and hold the Power button and the Home button (Volume Down button for 7th generation) at the same time for about 10 seconds until you see the Apple logo appear. 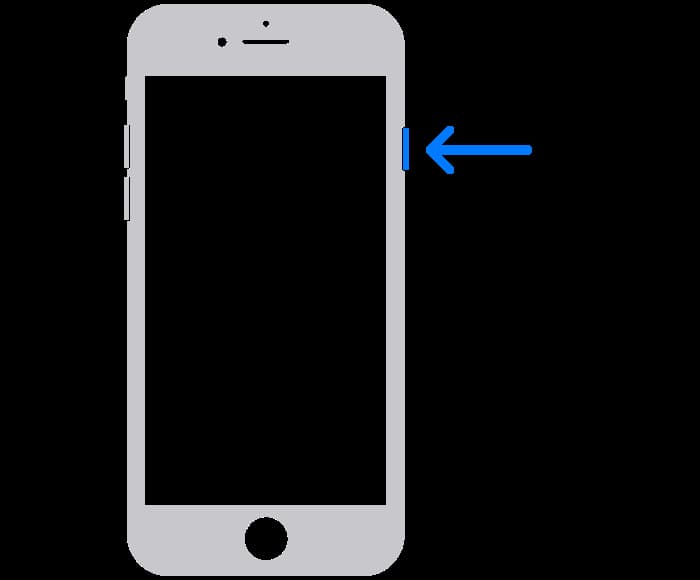 It's possible that your iPod touch has a frozen screen because of running out of battery power, in which case you'll need to connect your device to a wall outlet using the included Lightning to USB Cable and USB power adapter or plug into a computer. Make sure that it is charged for at least 30 minutes. 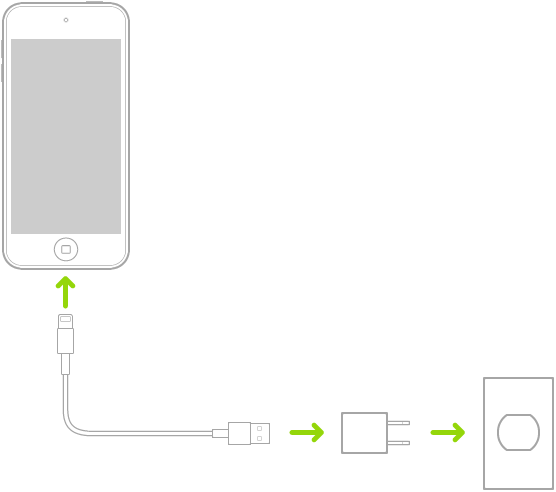 Next, press the Home button or Power button to check your iPod Touch's battery status. Then you can try to unlock the Home screen to see if everything goes well now.

If your iPod Touch is still frozen on lock screen and won't let you unlock, you may want to update the software on the device via a wired connection with your computer.

Open iTunes or Finder (macOS 10.15 or later) and connect your iPod to your computer, wait for it to appear in the window. Click the device icon and navigate to General (in Finder) or Settings > Summary (in iTunes), then click "Check for Update." If an update is available, click "Download and "Update." to install firmware update on your iPod Touch.

Note: If the iPod touch is frozen on the connect to iTunes screen (a black screen shows a lightning connector with an arrow pointing to the iTunes logo), please refer to this article to get help.

iPod touch is still frozen after trying to update? Don't fret, move on to the next step.

Use a system repair tool

If you're struggling to find the root cause of the frozen issue, it's time to run the dedicated system repair utility. iOS System Recovery is the Swiss Army Knife of the iOS world. It's a professional tool that can help you troubleshoot and rescue your frozen or unresponsive iOS device. It scans the device deeply and fixes more than 50 boot and stuck problems caused by software errors on your device, rather than a hardware failure. The whole process is quick, and won't touch your exiting content.

The whole repair process won't take too long. Once done, your iPod should reboot and get working again.

Your iPod Touch keeps freezing over and over again? Try restoring your device to factory settings is your last resort. Please be mindful that it's not something that should be done lightly. You will lost everything you saved before on the iPod, You should resolve the problem and get the device back to normal, though.

To restore the iPod to factory default state, follow these steps: 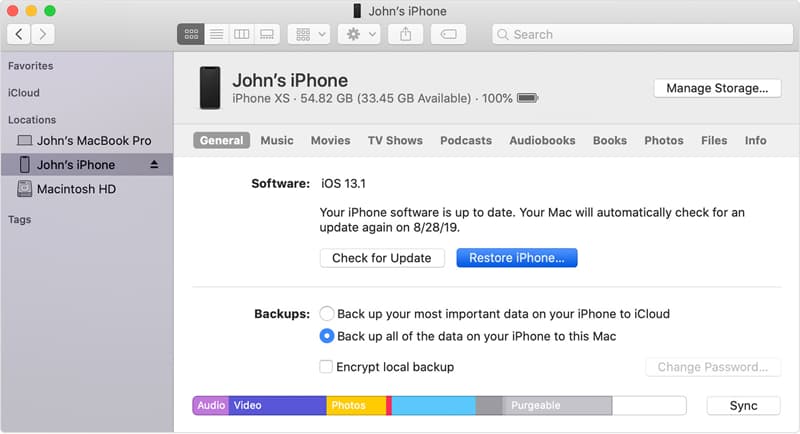 If you restore to factory settings and still have the problem, or the iPod touch is not being recognized by iTunes or Finder, chances are hardware is the culprit responsible for "iPod Touch screen frozen" problem. The only thing you could do is go to the Apple Store to get it repaired.

At this point I suggest that you make an appointment at an Apple Store to inspect and diagnose your iPod. Technician there should be able to diagnose the issue and tell you what options you have. If your device is under warranty, they'll likely replace the faulty hardware for free.

How to Move Dada from Android to iPhone

How to Fix a Frozen iPhone X

iPhone is Stuck on Connect to iTunes Screen

How Can I Transfer Music from One iPhone to Another

iPhone Could Not Be Restored