Home > Resources > How to get pictures back to Windows 7 PC

I'm using Windows 7 Home Premium and I lost photos like JPEGs, JPGs, PNGs, etc. I've emptied the Recycle Bin after deleting the pictures. How do I recover deleted photos in Windows 7 computer? All the deleted photographs aren't in the Pictures library, Microsoft Photos Gallery, Album...nowhere! And no backup is available to restore the permanently deleted photos.

While transferring photos from SD card, phone or camera to your Windows 7, or deleting pictures to Recycle Bin, there'll occasionally be times when you accidentally delete photos you intended to keep. It's annoying, but it's easy to recover photos deleted on Windows 7 PC before the deleted files are overwritten, no matter which edition of Windows 7 you've installed (32-bit or 64-bit).

Once done, the deleted photos will be recovered back to their original locations. Note: Your Windows 7 deleted photo files will not go to Recycle Bin when the "Don't move files to the Recycle Bin. Remove files immediately when deleted" option is activated. 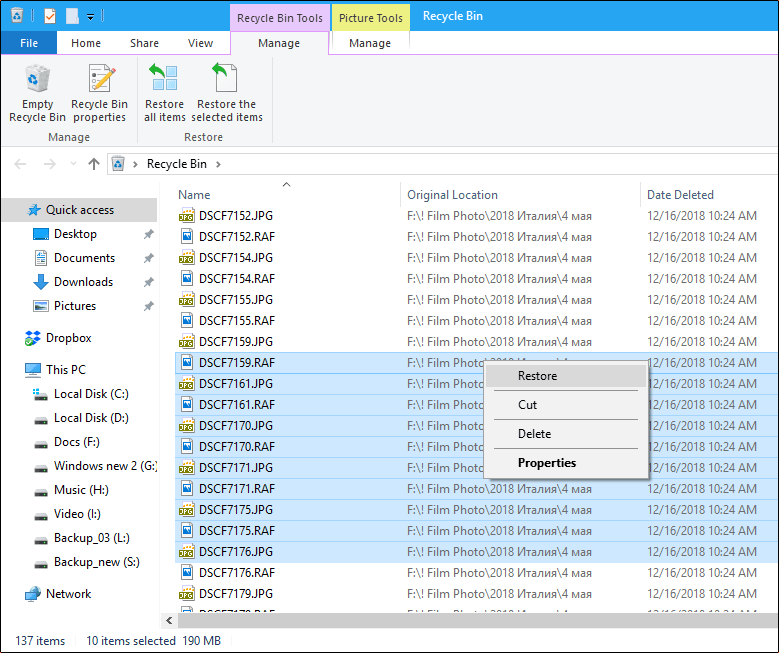 Via Windows 7 Backup and Restore

The best thing about Windows 7 Backup and Restore function is that it keeps regular copies for all files from the system and support instant restore from backups when the files are deleted or lost.

Should you've set up the Windows backup for the disappeared photos and the drive where the backup is saved on is mountable from the machine, try restoring permanently deleted photos from Windows 7 PC via the backups. Here's what you need to do for the picture recovery: 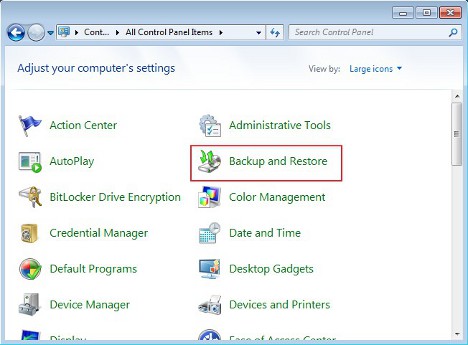 If you've never configured this tool in your Windows 7 machine, a message will appear saying "Windows Backup has not been set up". You can either click "Select another backup to restore files from" option to check out if there's any available backups available to restore, or move on to recover deleted photos from a Windows 7 laptop or desktop via a third-party file recovery program.

There're still other avenues to explore for retrieving deleted pictures from Windows 7 even when they're not found in Recycle Bin. If you plan to quickly recover deleted snapshots without damaging the original quality, your best bet should be Data Recovery. Whether you need to undelete photos from Windows 7 after cut-paste, reinstalling the system, formatting hard drive or emptying Recycle Bin, you can retrieve the lost image back in just one single click.

This utility also boasts nifty recovery features to ease the process of recovering deleted Windows 7 pictures such as Quick or Deep scan mode, user-centered search & filtering tools, and dedicated preview option for photo files to be retrieved. If you're ready for photo recovery, here's the guide: 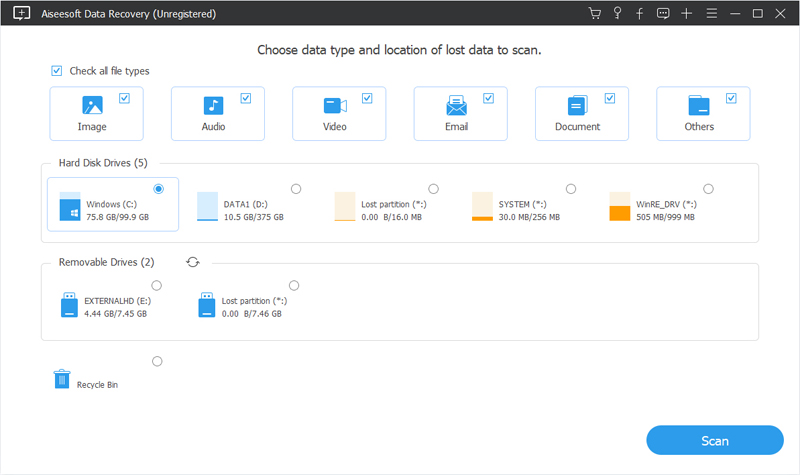 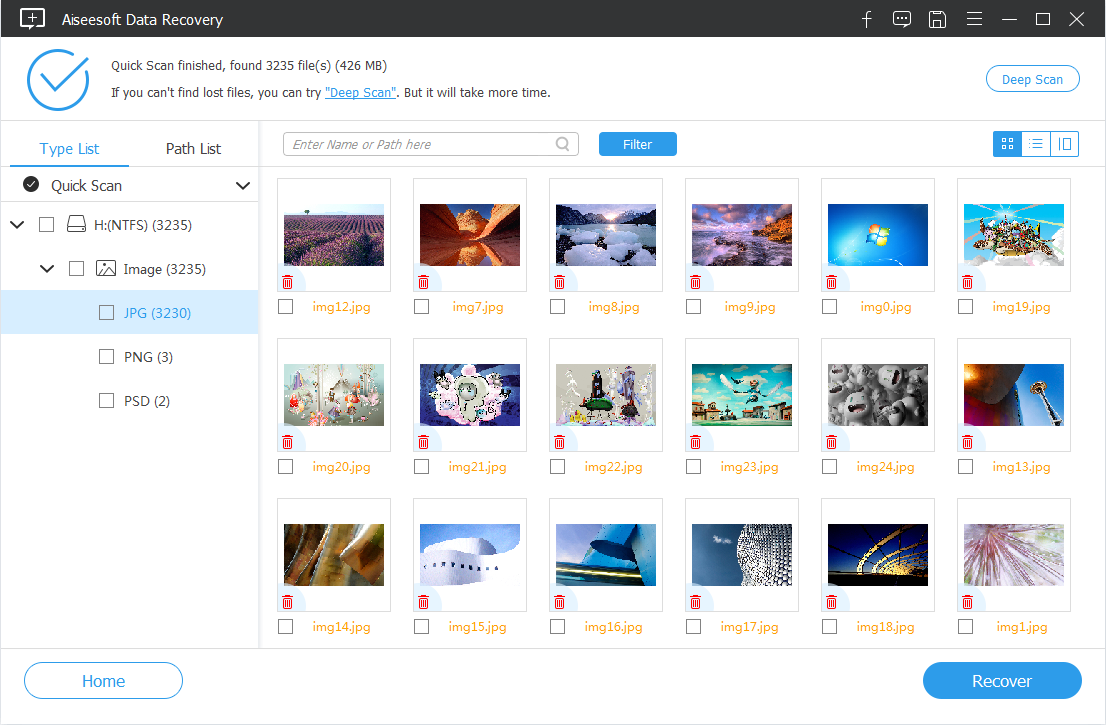 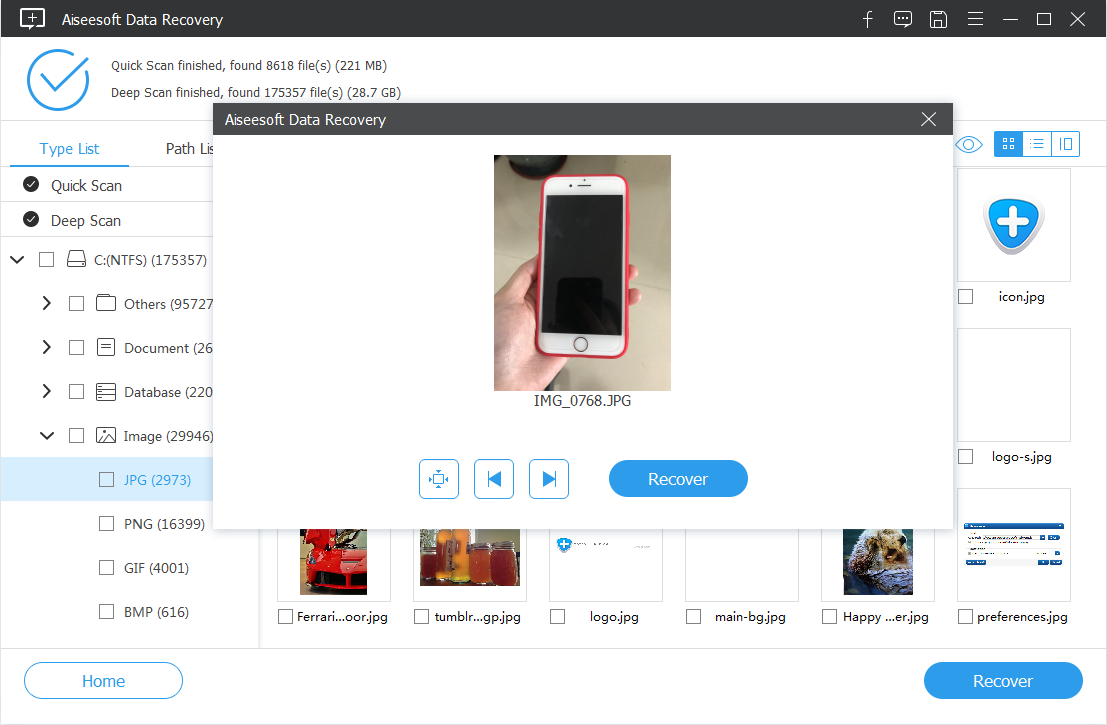 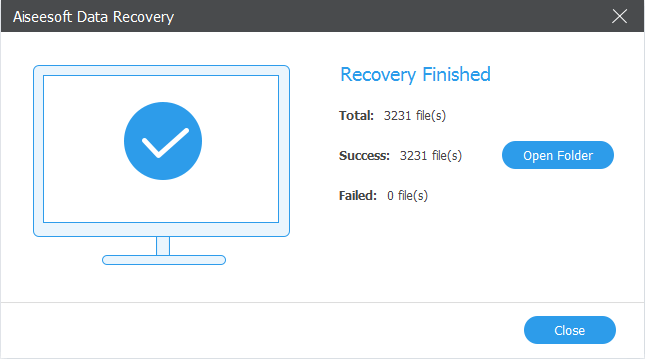 Done! Aside from retrieving deleted pictures from Windows 7 OS computer, you can also get back other deleted files like videos, emails, word documents, excel files, music, etc. from both Windows and macOS computer.

The Restore previous versions feature centers on offering shadow copies of the file or folder for every restore point and every backup listed by date. If you've created copies of the photos before they were deleted after a restore back to factory settings or gone after editing in Microsoft Photo Gallery, give this method a shot to get back permanently deleted images from Windows 7 computer. Go to this official page or follow the walkthrough below to get the lost photos back. 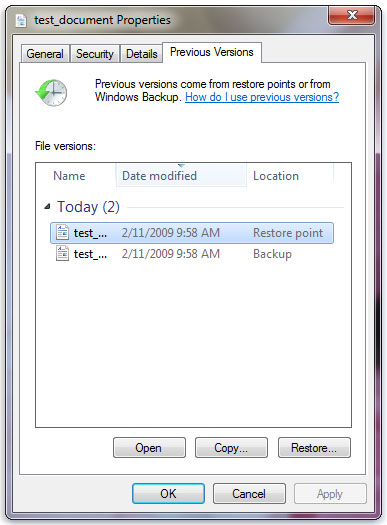 HEADS UP: The current versions of folder will be replaced by the version you select and once it's returned to a previous state, the action is irreversible. If you wish to browse to new location to save the restored picture in Windows 7, simply drag the folder to the place you're after.

What You Should Know About Windows 7 Photo Recovery

First, do not save any files on your Windows 7 system after the photo was deleted by command prompt or missing out of nowhere. If the deleted files get overwritten by the other data, you'll end up with a limited chance of recovering a deleted on a computer running Windows 7 OS, unless there's a backup accessible to restore the previously deleted photos.

Secondly, once you've managed to undelete photos you accidentally deleted, taking a little effort now does can save you a world of hurt on permanent deletion of photos in the future. Here're a few things you can do:

Have backed up the screenshots lost during the cut-paste transfer in Google Photos? That way, you can easily retrieve Windows 7 missing photos by downloading them via the Google Account. If you lost photos in "My Pictures" folder after the upgrade from Windows 7 to Windows 10, check out this ultimate file recovery guide.

How to Back Up iPhone XS to Windows 7

How to Convert MTS to AVI on Mac/ PC

Copying Music from iPhone 11 to a New Computer

How Do I Recover Missing Files After Windows 10 Update