How to Play Blu-ray on Computer (PC & Mac)

You can play a Blu-ray on PC's flawlessly, provided you do have a PC computer configured with Blu-ray capabilities. But what if you don't? Blu-ray optical drives are not mounted on every Windows laptop and desktop by default, not to mention the Blu-ray playback program.

Thankfully, we're going to guide you how to watch Blu-ray on your PC here.

The number of options for Blu-ray movies playing on a PC can be dizzying: They might be easy to install and use; they could be designed to play Blu-rays from all countries; and they might have the ability to convert Blu-ray content for viewing on the Windows PC. Here are our picks for the three powerful solutions.

If you're looking for a free and future-proof program available on the market to play Blu-ray files on PCs, VLC is the best choice. It is the most popular multimedia player in the world that can play Blu-rays, DVDs, 360-degree videos and stream videos from the internet. If you would like to view Blu-ray video using VLC on computer, follow the steps below: 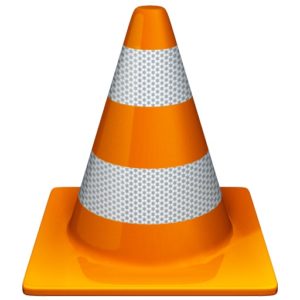 Although VLC is the must-have media player, sometimes you may have problem with the process of installing the library for AACS decoding. For this reason, you would scout for the easiest option to play your Blu-ray on computer, and the Blu-ray Player should be a worthy consideration. It is a veteran Blu-ray playback utility with full-fledged features. In fact, it is not only one of the most appealing alternatives to VLC, but also one of the best Blu-ray players to hit the shelves.

What really sets it apart is the fact that it can cope with just about every possible copy-protected Blu-ray discs. This makes it extremely easy to play Blu-ray from all over the world on PCs. It is capable of supporting the latest Dolby TrueHD lossless and DTS-HD Master Audio and 1080p high definition BD discs, which brings you excellent clarity picture & audio. When it comes to DVDs, videos, and audios playback, it is no slouch. It can play DVD discs, DVD folders, DVD ISO image file, and multiple file types (e.g., MP4, MKV, MOV, AVI, Ogg, APE, MP3).

In addition, it is small and lightweight so you can feel ease to use. Now let's learn how to watch a Blu-ray movie on PC laptops or desktops.

The Blu-ray Player software is available for Windows 7, 8,10 and macOS users.

The first step is to pop in the disc and fire up the program.

Step 2: Choose the Blu-ray disc you would like to play on computer

Then, open the disc you want to play. Do so by clicking on the Open Disc button, and press the disc you have inserted on the pop-up window.

On the bottom of the display, you can move the cursor to play, pause, fast forward and rewind the video, control the volume, take a screenshot, and switch to full screen mode.

Method Three: Convert Blu-ray Disc to Be Playable on Computer

If you want to convert your Blu-ray discs into file formats that your PC's desktop media player is capable of playing, the Blu-ray Converter is your go-to pick. It is a solid Blu-ray disc converter tool that can crack Blu-rays' copy protection, and convert them into a whole array of formats so that you can play it on your Windows desktop & laptop or stream it on your handset.

There are some very interesting features in the software, such as being able to convert video & audio between all popular formats and edit the video. You can also shrink your video file size down to save space for your PC hard drive.

Note: The ripped Blu-ray file is very huge (30GB - 50GB), you could compress it with the video compressor function of the tool.

Digitizing the Blu-ray would take quite a long time, meaning you'll have to sit in front of your computer (or let the program do the task in the background) until the process completes. Once done, you can play the converted Blu-ray video on your computer's media player.

Get a Blu-ray Disc Drive

Assuming you've selected an appropriate tool to play Blu-ray discs on computer, you need to pick Blu-ray disk drive that reads and plays Blu-rays. Please be aware that the DVD disc drive can't read the data on the Blu-ray disc as expected.

If you own a Windows laptop, you could get a suitable external Blu-ray optical drive and find a correct type of USB cable to connect the drive to your laptop. If you have a Windows desktop and want to install an internal disc drive (e.g., SATA optical drive), make sure the drive is compatible with your motherboard and operating system.

How to Watch Blu-ray on Windows 10

How to Recover Photos from Windows 7