Hi all, I have a Windows 10 PC and several Blu-ray discs on the shelf. But now my Blu-ray player died and I can't play them. So I am here simply looking for a reliable program for playing Blu-ray in Windows 10. Just something reliable. Thanks all!

If the issue Microsoft has removed the native support for Blu-ray discs from Windows 10 makes you disappointed, we've got a piece of good news. Blu-ray playback programs with rich features have appeared to allow you to play Blu-ray movies on your Windows 10, and they bring you incredibly lifelike picture quality and advanced surround sound experience. Of course, they can play your digital video files and DVDs.

We've tested out a variety of Blu-ray players, but here we sift through 6 best Blu-ray playing applications you can use in Windows 10.

Let's start with VideoLAN's VLC. It is a universal media player — and for good reason. With robust capabilities of Blu-rays, DVDs, and media files playback, a mess of customization options, and sleek interface, it's easy to know why free and open source VLC is almost everyone's beloved Blu-ray player for Windows 10. It even supports streaming audio and high-definition across the internet.

Using VLC to watch Blu-rays could be easy. Just click on Media > Open Disc or hit shortcut keys Ctrl + D, and it would play your Blu-ray movie in Windows 10 flawlessly. However, it's not a viable solution when you want to play commercial (pressed) Blu-ray discs (it doesn't provide direct support for this kind of disc), and is thus more suited for playing unprotected BD disc. 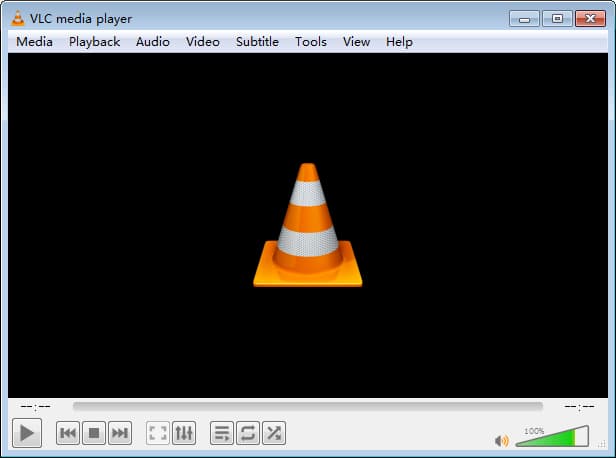 If you wish to watch Blu-ray video protected by AACS and BD+ with VLC in Windows 10, try to download KEYDB.cfg file and libaacs.dll file from https://vlc-bluray.whoknowsmy.name/, and then put them respectively in the right location: "C:\ProgramData\AACS" and "C:\Program Files\VideoLAN\VLC".

Pro Tip: You should download VLC desktop software and make sure VLC is the latest version.

Anyone with numerous of Blu-ray discs from all over the world can benefit from using Blu-ray Player. The full-featured solid solution is designed to play Blu-rays (BD discs, BD folder, and BD ISO image file) in all versions of Windows operating systems including Windows 10. It also works well in macOS.

The software will quickly match the region code of a Blu-ray disc originated from another region and play the Blu-ray movie in your Windows 10 laptop & desktop losslessly. It provides source menu that you can choose bonus content for playback, or skip to next or previous chapter/ title as desired. As with most Blu-ray playback software available for Windows 10, it offers the ability to play various kinds of video, audio and image files, as well as standard DVDs.

To play the Blu-ray using the utility, you simply insert your disc, click Open Disc and locate your disc to play. Even better, many advanced options are available while you watch Blu-ray videos on Windows 10 PC, so you can switch video and subtitle track, snap a capture screen, zoom a video to full screen, control volume, adjust brightness setting, and more.

What's the bottom line? Blu-ray Player is free to download, fast, and customizable. Offering a smooth and quick playback of Blu-rays and other media file formats, it's undoubtedly an excellent all-round Blu-ray playback program. If you don't already have a tool that helps you play a Blu-ray disc in Windows 10, this could be the option for you.

If you don't mind paying a reasonable price for a Blu-ray player, PowerDVD is a worthy consideration. It's one of the most well-liked Windows 10 Blu-ray playback solutions available.

It's not free but functional enough, providing support for full HD Blu-ray discs, 4K UHD Blu-ray, BD-live, 3D Blu-ray playback in Windows 10 computer. It can also play 360-content, VR, YouTube and Vimeo videos, along with the ability to cast online/local videos to TV. It even allows you to play back audio files, like MP3, ALAC, and WMA.

What's more, PowerDVD features unique TrueTheater technology that upgrades your visual and acoustic quality for your BD movies and videos, giving you a premium Blu-ray playback experience on your Windows 10. And the most impressive feature is that it can remember where you leave off in a movie and continue to play from that exact point, so you don't have to start playing the movie from scratch. 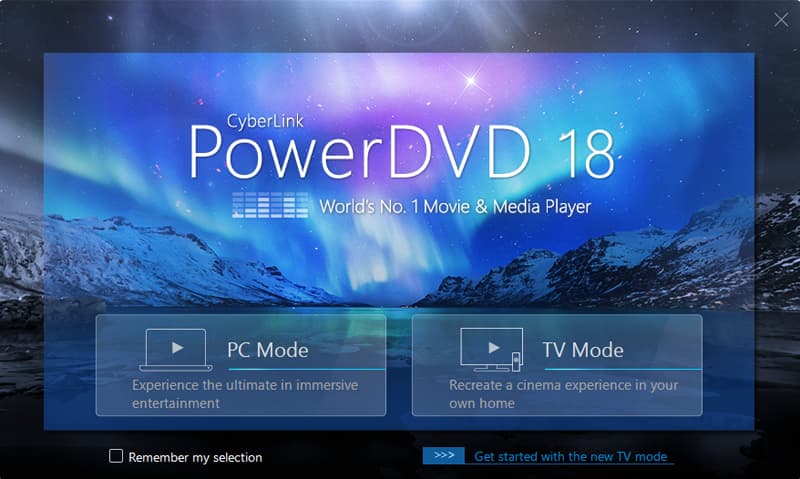 Pro Tip: PowerDVD is not compatible with macOS.

If you Google search for "the lightest Blu-ray player", what answer pops up first that is Leawo Player. It is another great Blu-ray player tool for Windows 10. With the free and versatile software, you can view Blu-ray discs, BDAV movie folder and Blu-ray ISO image files on your Windows 10 PC. You can play physical DVDs and almost every video format (e.g.: .M4V, 3GP, VOB, RMVB, .MP4,), and you can play & listen to audio files. 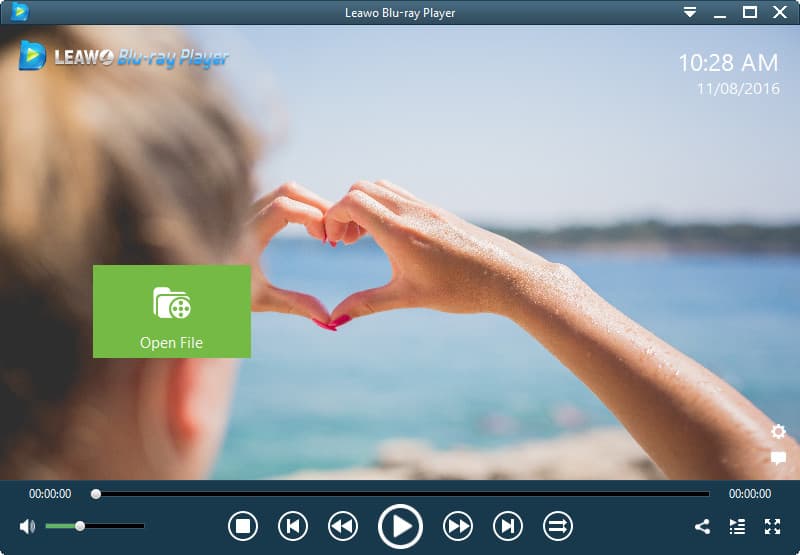 As mentioned at the outset, it is very light on computer resources, averaging just four percent. So running the lightest Blu-ray playing program won't slow down your Windows 10 computer. But the worst thing of it is it will pop up advertising when you pause the playback of your movie each time.

How to play your Blu-ray disc on Windows 10 laptop or desktop using Leawo Player? It's very easy. You should insert your disc, launch the software, and then click on your disc name on the main interface to start the playback.

Prefer a Windows 10 Blu-ray playback program with more powerful settings? PotPlayer is the best bet. It is free, all-inclusive, and promises to play non-commercial Blu-ray disc on your Windows 10. It can also be used to play various types of audio and video formats without installing any codec. And it grants you to play back 360 degree and 3D videos so that you can get a whole new immersive experience.

The Blu-ray playback application for Windows 10 also comes with other interesting extra features. For example, it supports many different subtitle formats (Blu-ray subtitles, Vobsub, SMI Ruby tags, ASS/ SSA animation subtitles, text titles), it allows you to move items to the playlist, and it has practical video editing feature. However, it offers quantity of cumbersome settings and customization options that novice users can't handle. 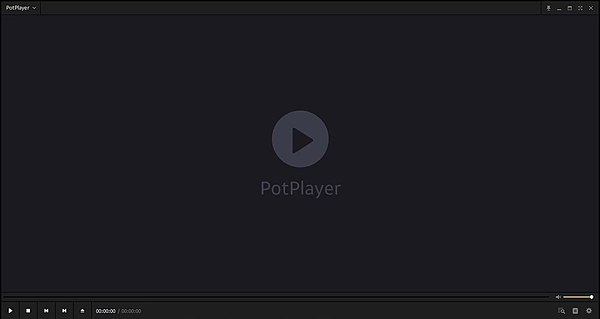 Pro Tip: In addition to playing Blu-ray on Windows 10, the application is also available for mobile platforms, such as Android and iOS.

Aurora Blu-ray Player provides all the fundamental features you expect from a powerful Windows 10 Blu-ray playback software: it will play Blu-ray movie discs, BD ISO and BD folders; it will support your DVD collection; it will play back your video files; it can be an audio player and photo viewer.

However, it has no ability to upscale standard video quality to HD resolution. Even if it supports Dolby and DTS sound format, it can't give you a lossless audio experience. Moreover, Aurora Blu-ray Player takes 48 percent of CPU while running that could plaguing your Windows 10 computer.

It's pretty basic but efficient, making it a good choice if you're scouting for a no-frills application to watch the Blu-ray in Windows 10. 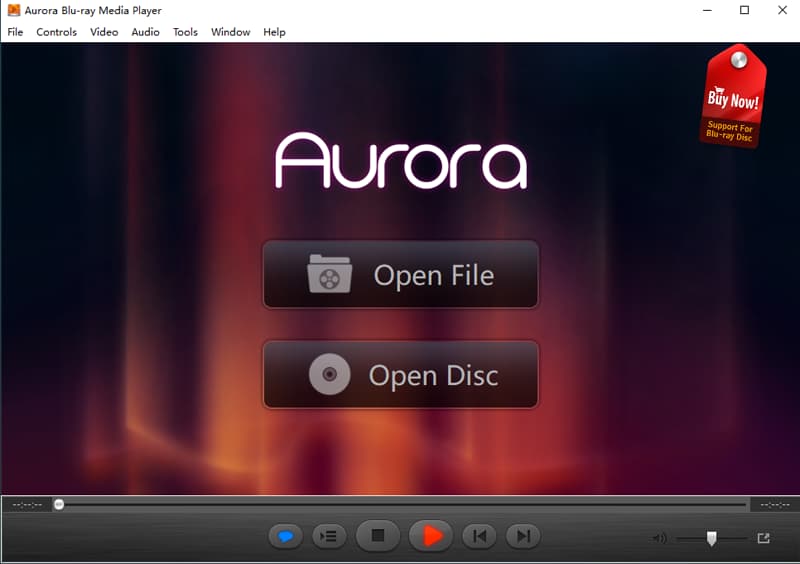 Pro Tip: You can also install the Windows 10 Blu-ray player software on the macOS.

Q1: What happens if you put a Blu-ray in a DVD Player?

No. WMP doesn't support playing Blu-rays. You could download one of the Blu-ray player utilities for Windows 10 we've discussed to play your Blu-rays. But if you desire to watch Blu-ray video using WMP, you should install the Media Player Codec Pack and SlySoft AnyDVD HD.

Q3: What is the best Blu-ray Player for Windows 10?

All in all, that depends on individual's need.

How to Convert Blu-ray to Sony Vegas

How to Convert MP4 to MOV on Mac or PC

How to Play Blu-ray on Windows 7