How to Play Blu-ray Movie on an iPad (iPad Air, Mini, Pro)

Blu-ray is superior to DVD with extremely HD video effect, in that it is capable of storing high-definition (720p and 1080p) and ultra-definition (2160p) video resolution. With the advent of portable tablet like iPad (Pro, Air, Mini), many movies enthusiasts may tend to make digital version of their Blu-ray discs and enjoy the full quality movies on iPad anywhere you go. Watching the Blu-ray movies straight on iPad can be a hassle, but it is not impossible.

Thankfully, Blu-ray Converter for Mac can be able to help you a lot. It can not only bypass the protection system of Blu-ray, but also specialize in converting the movie on Blu-ray into various digital video and audio formats, including iPad readable file formats. Moreover, with an in-built editor, it gives you the powers to make the content your way.

If you're on a PC machine, please use its Blu-ray Converter for Windows version to convert your Blu-ray into iPad video files for playback. One good thing about using this software is it also supports just about any conceivable video format as input and converts into file type you like.

The following tutorial will show you how to rip full high-definition 1080p Blu-ray movie for iPad (Pro, Air, Mini) on Mac.

Noteworthy is that you may prepare an external USB Blu-ray drive to connect your Mac machine and ensure that enough free storage (60GB+ is recommended) on hard drive. Besides, another highlight is that the utility has already preset for you to convert Blu-ray to be suitable for Apple iPad (and other prevailed mobile devices) that you don't need to worry about what the parameters iPad needs.

Insert your BD disc into the drive and launch the Blu-ray Ripper application. In its opening primary interface, click the Load Disc (on top left corner) to open the file browser. Then select the Blu-ray you are going to rip from optical drive and click it to open.

Then the program will read the disc content and load the titles with relevant information onto the interface, including format type, video length, audio track, subtitle and video size.

Or, you can directly drag and drop your BD movies to the middle box of the screen to save your time.

To do this, move your mouse to bottom left side and press on the Profile button, which will present a drop-down menu and it should look like this: 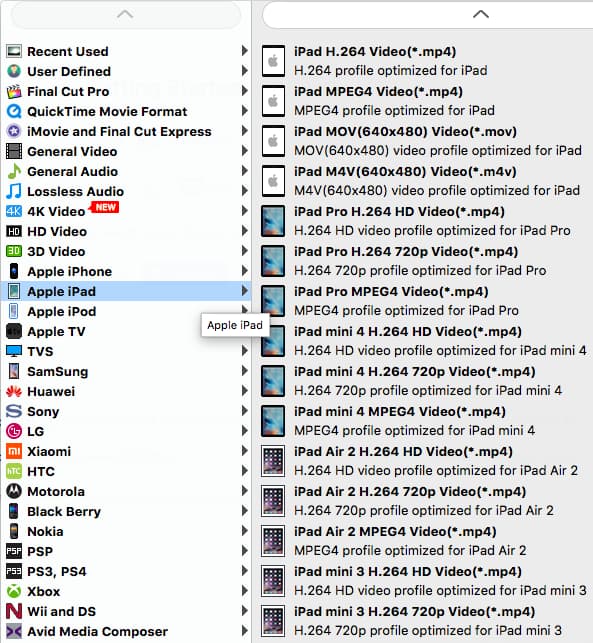 Next, select the presets via Apple iPad > iPad model (according to your iPad).

Or choose a format that can be played on iPad through HD Video > HD MP4 Video/ HD MOV Video/ HD M4V Video. See Also: How to rip a Blu-ray and convert to AAC audio file for Mac

At the lower center of window, click the Settings button. This should bring up Profile Settings window for configuring the conversion settings.

Generally speaking, this part is mostly personal preference, so you could experiment to find out what works best with your iPad. But for the beginner, it is advisable to leave all the default settings alone. 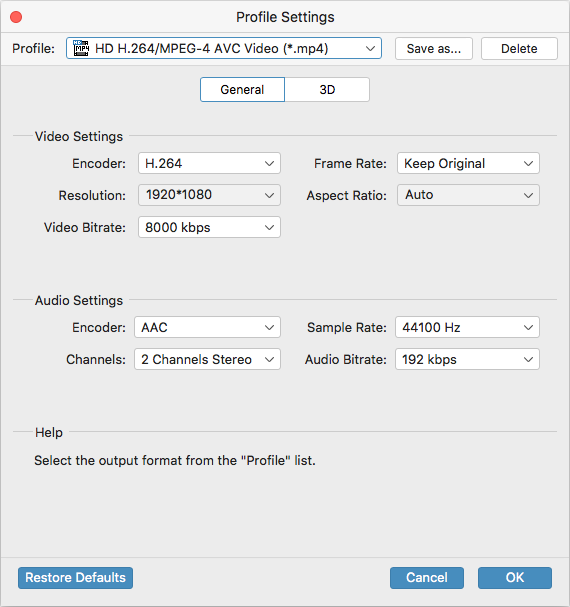 This Blu-ray to iPad converter software also comes with a list of editing filters. On the top menu bar of the main interface, an Edit image icon is available for you to perform editing on the file.

This might not seem like a must-have feature, but it is, especially for those who want to make edits to produce the customized possible video results. Trimming, cropping, merging, add effects, putting watermarks are all supported. 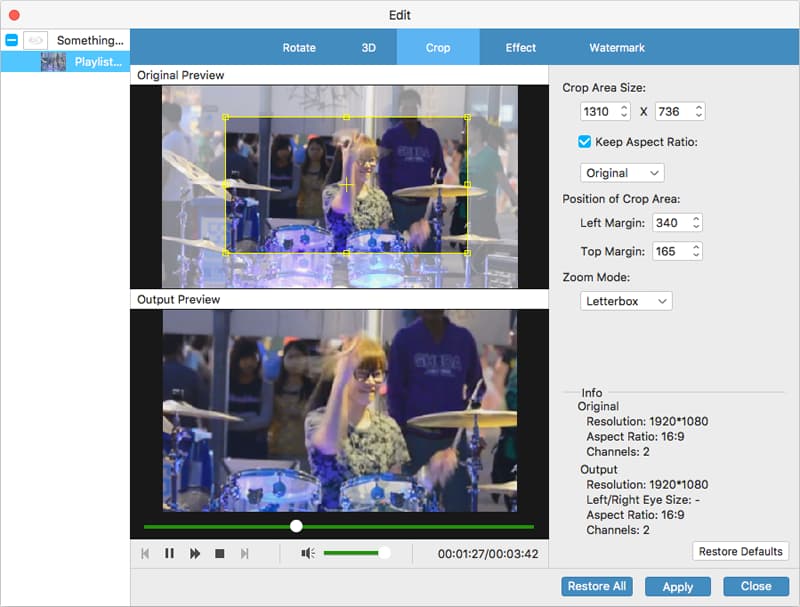 Step 3: Press the Convert button to start the Blu-ray conversion

Specify a directory to save the ripped files to via Destination field (see bottom left side). We recommend using an directory with plenty of space, since it may be a pretty big file.

After all the things have performed the way you expect, just hit the green Convert button and let it commence the process of converting Blu-ray movie to iPad native-support file on Mac. 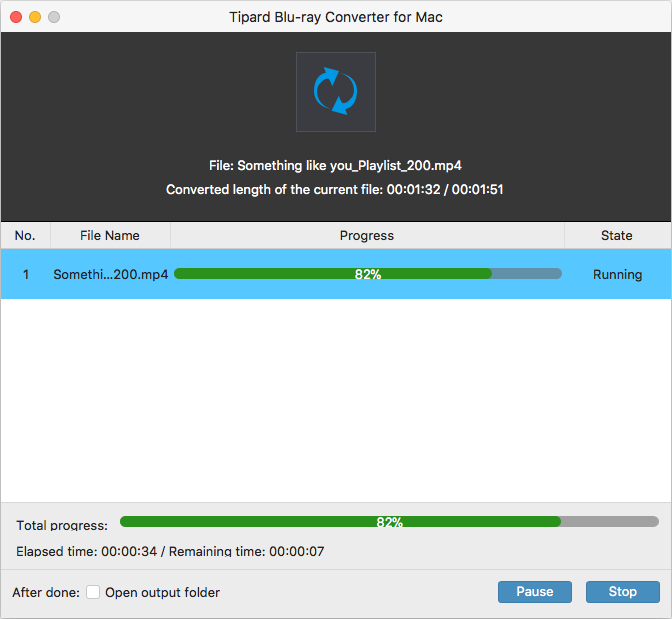 Depending on the specific Blu-ray and the speed of your computer, it should probably take a few minutes to finish, and the output file should appear in the specified directory.

Now that you've ripped and converted your Blu-ray movie to iPad accepted files, connect your iPad with your computer, launch iTunes software and add the newly ripped videos into the Movie library, then sync with your iPad.

How to Convert Blu-ray to Edit in Sony Vegas Pro

How Can You Play a Blu-ray on Apple TV