Home > Resources > How to rip your Blu-ray to .aac format on Mac

Wanna to listen to the music or audio from the Blu-ray movies on your portable players? Probably you may be looking for a 3rd party utility to help you rip your Blu-ray and convert the audio file into AAC so that you can easily transfer the soundtrack to your audio player and enjoy the songs without limitations. Don't worry - there's probably a simple solution.

Before we get into the solution, we'll start by reminding you that AAC is a audio codec which was designed to replace the current popular MP3 format. It stands Advanced Audio Coding, and generally achieves better sound quality than MP3 at similar bit rates. Despite AAC has a better performance than MP3 in most cases, it still lost some data to reduce file size for storage, handling, and transmitting content. If you intend to extract audio files from Blu-ray to save in lossless audio file, then getting Blu-ray into FLAC format is one way you go.

When it comes to ripping Blu-ray discs, there are a ton of utilities on the web you can choose from. If you need to rip and convert a Blu-ray all in one place and want something easy to use, then Blu-ray Converter is a good example.

The software is known for its versatility, simplicity and friendly. Aside from ripping and converting your Blu-ray movie to tons of different video formats, it also acts as a audio extractor for ripping audio out of a Blu-ray and get into AAC or other popular sound files like MP3, AC3, FLAC, M4A. What's more, it provides the video conversion capabilities to help you convert videos from one format to another.

If you want to rip Blu-ray soundtrack to AAC on a Mac machine, then you could use the equivalent version to get the job done.

Insert the Blu-ray you want to extract audio to AAC into the BD drive and fire up Blu-ray Ripper on your computer. Click Load Disc and you'll be asked to locate a source. Once you have your source Blu-ray movies selected, open it up.

A few seconds later, all the BD titles with details appear in a queue waiting for ripping on the workflow of the main screen.

Click the Profile drop-down box at the lower left side of the window, you should see a format-selecting window, containing a library of ready-to-use profiles for common output or for almost any kind of device, including game consoles and a lot of specific models of phones and media players.

To convert Blu-ray into AAC audio, here go with General Audio and pick AAC Audio as the output audio format.

If you plan to export you convert your Blu-ray movie to play on the device of your choice, then straight to select the preset option that best matches what you have from the device-oriented categories. 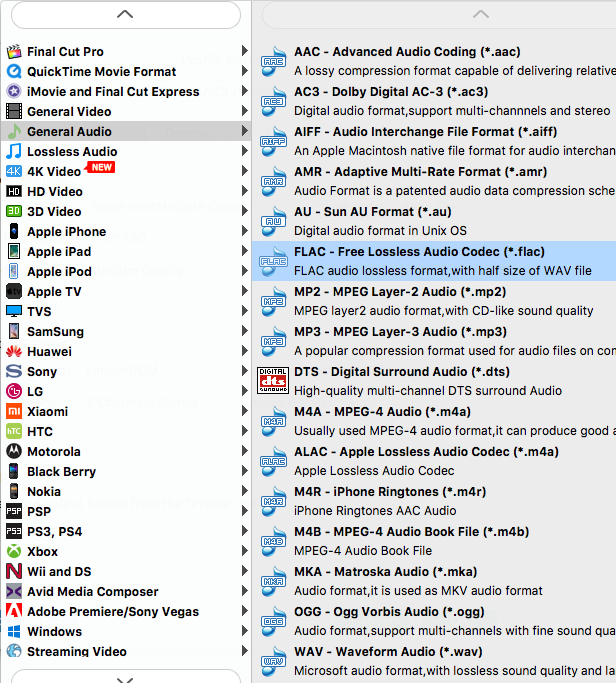 Once you've chosen your profile preference, you are able to click Settings button at the lower center of the window and tweak your audio quality settings, such as codec, kbps, sample rate and channel.

For the most part you can leave this alone. 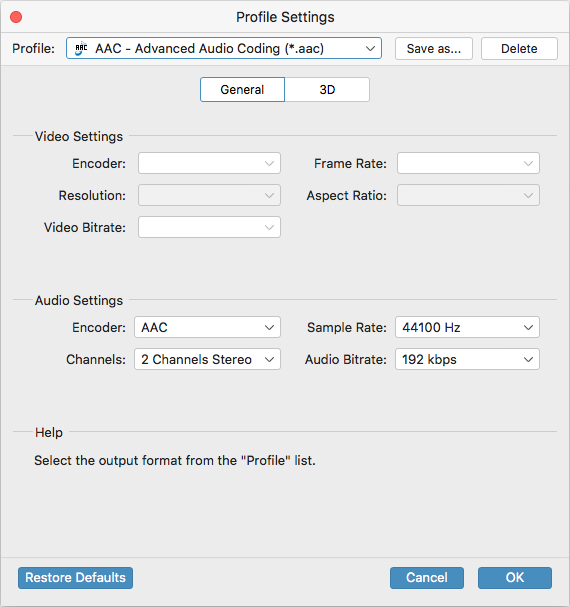 Select the output folder for the ripped audio tracks via Destination option at the lower left side.

In the last step, click Convert button located on the lower right corner of the main window and let the software handle the rest of things: The entire process can take some time. Relax and take a cup of coffee. 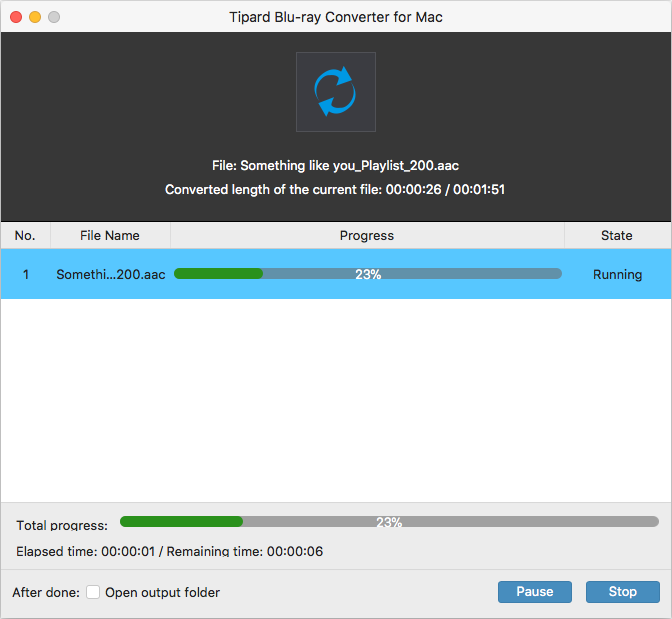 How to Play 1080p Movie in Blu-ray onto iPad

How to Convert a Blu-ray to Android Phone and Tablet

VLC is Unable to Open the Mrl Bluray