If you own a Blu-ray disc, you may want to create a digital copy to back it up onto the computer or convert its video contents for viewing on any devices. Well, don't back down because of the Blu-ray protection, since there are lots of paid & free Blu-ray converter application that allow you to crack the Blu-ray disc and convert it to popular formats you want. Here lists 3 piece of easy-to-use Blu-ray conversion software for your reference. Also see: How to copy Blu-ray to Blu-ray.

If you're looking for a full-featured utility to rip and convert your Blu-ray discs, Blu-ray Converter is a great simple choice. It lets you save the copy of Blu-ray disc via conversion, one of the best ways to guard against loss and damage. This also saves you trouble to change discs repeatedly when you are watching movies. Blu-ray Ripper works well on both Mac and Windows platform.

Its built-in decryption tool empowers you to circumvent protection and convert Blu-ray movies to various popular formats as per your specific needs, MKV, M4V, MP4, MOV, WMV, AVI, FLAC, MP3, AAC, M4A, etc. It can assemble your Blu-ray titles into one file or split them into several sections during Blu-ray conversion. If you are not satisfied with the default settings of the video files, you can customize them in your own way. It also acts a DVD Ripper and a video converter.

Now, let's demonstrate how to perform Blu-ray conversion process on a Mac machine. It's easy to use. If you happen to be a Windows user, the ripping process for Windows is similar.

You can get a more detailed guide here: Converting Blu-ray to MP4 file with Blu-ray Ripper.

MakeMKV is a cross-platform free Blu-ray converter program for your Blu-ray disc as well as DVD and AVCHD. It is free to be used during Beta. It includes its own set of decryption tools to bypass the protection on the disc and rip the movies into the free Matroska video container format. Later, you can further convert the MKV files into a wide range of formats like MP4, MOV, AVI, WMV for the sake of compatibility by using something like Handbrake or Video Converter. It is a wonderful tool for most beginners who are new to Blu-ray converting.

MakeMKV is available for Windows and Mac. You can use it to rip your Blu-ray disc for free for 30 days.

MakeMKV is easy to operate due to its plain interface. There is no need to install extra programs for the process. 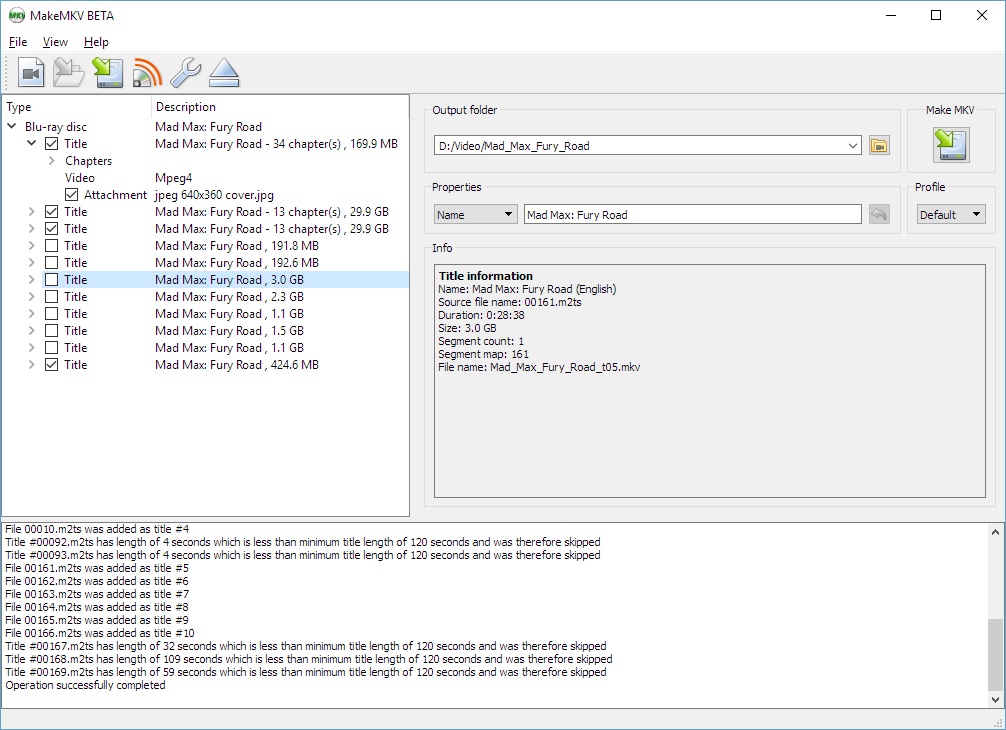 During conversion, it keeps most information without modifying the files. The MKV format, analogous to MP4, is a container that can save multiple tracks such as video, audio and subtitle. There are many programs that can play MKV files. If you have no idea, try VLC Media Player, one of the most popular video players in use.

Cons: MakeMKV lacks support of other output formats such as Blu-ray to MOV, AVI, M4V, FLAC, MP3. It also doesn't offer the basic options to tweak the parameters of a MKV file, such as bit rate, aspect ratio or video codec. It would be fine if you don't care much about the quality of video.

Hands-down one of the best Blu-ray converter application out there, MovieRescuer helps you output M2TS or VOB file to 100% keep the original quality and digital format from Blu-ray.

It is received wisdom that Blu-ray discs are prone to being broken or scratched easily, which makes them useless when you put the discs into Blu-ray player. Precisely for this reason, it is justified to back up the movies on Blu-ray discs by converting into M2TS and VOB format with MovieRescuer. With this free Blu-ray converter software, you can build your personal movie collections with the original quality. 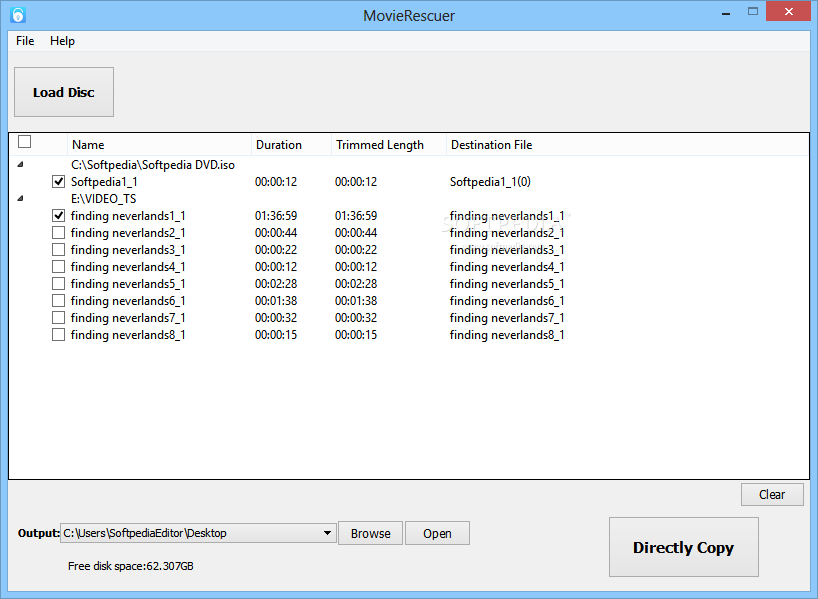 Cons: MovieRescuer only enables you to free convert a Blu-ray disc to original M2TS/VOB formats without quality loss. No other formats supported. The software recommends some hot movies inside. While clicking on it, the system default browser will be popup with the movie page.

Related Article: How to convert a Blu-ray to save in hard drive on computer

The Best Blu-ray Converter for Mac & Windows. Chose One Yet?

These were our picks for the top 3 best Blu-ray software for Mac & PC's. Which one is best depends on your personal requirements. If you're frequently converting Blu-ray movies and get more control over the conversion, including format choosing and settings tweaking, Blu-ray Ripper is the go-to tool. If you just want ONE single MKV file from the disc, MakeMKV is your choice. But if you just need to save exactly the main movie in original M2TS or VOB without keeping all irrelevant files and folders from the whole disc, the free MovieRescuer is good enough.

How to Convert Blu-ray Movie to MOV File on MacBook

Transfer Music from Computer to iPhone without iTunes

How to Play Blu-ray Movie Files with QuickTime Player

A Simple Way to Convert FLAC into Apple Lossless File

How to Store Blu-ray Movies on NAS

How to Copy Movies from Blu-ray to MacBook Pro & Air