Since my friend is a newbie in computer technology, all he need is just an easy and straightforward way to pull off the task. So I recommend to him an useful software called Blu-ray Converter. With a intuitive user interface, Blu-ray Ripper needs three simple steps to get the job done: add Blu-ray titles to the program > select WAV as output > press "Convert".

Ripper: It can decrypt the disc and read the audio chapters, thus making the ripping from Blu-ray to WAV less of a trouble.

Editor: Blu-ray Converter has more to achieve in addition to ripping Blu-ray disc. It includes a handy video editor that can edit videos at your request: trim, crop or merge video clips; add watermark or subtitles; adjust brightness or contrast ratio.

Before you embark on a journey to rip the Blu-ray disc to WAV audio files, you need to prepare:

Open up the program and insert a Blu-ray disc into Blu-ray drive on computer, then click "Load Disc" button to import original Blu-ray titles.

Click the "Profile" drop-down menu at the lower left corner of the window.

A new panel appears. Under "Lossless Audio" category, find the format you need: WAV - Waveform Audio (*.wav), and pick it. 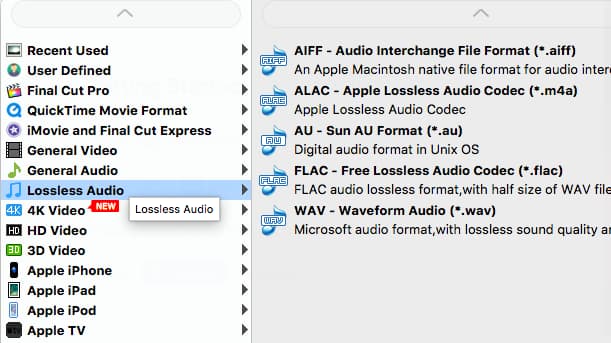 For the purpose of getting the best possible results, you can fine-tune the parameters of WAV in detail. To do this, press the "Settings" button to the right side of "Profile" menu. 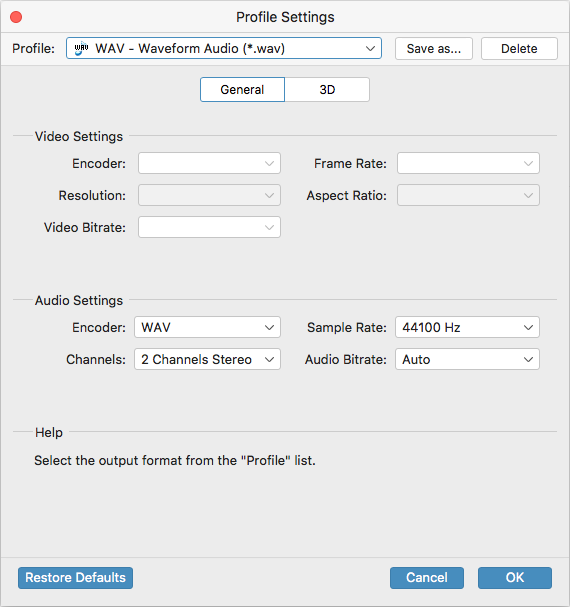 If you have certain part that you want to edit in the track, then this utility has kept the things straight, giving you the editing options under its embedded editor. Simply highlight the title you desired and click Edit icon on the top menu bar to achieve this. For more information, see the User Guide.

Step 3: Get started with Blu-ray to WAV conversion

Now, hit the "Convert" button on the upper right side and this will pop up a dialog asking you to

Before initiating the conversion, choose a path where the converted audio files go via "Destination" field at the bottom left side of the window.

After you've everything configured, again, press the "Convert" button at the lower right corner to put the software to work. The entire process of converting the original Blu-ray to WAV lossless file format will take some time, you may leave it in the background and do some other works on your computer.

That's it! All tracks in Blu-ray have been converted into .wav format. 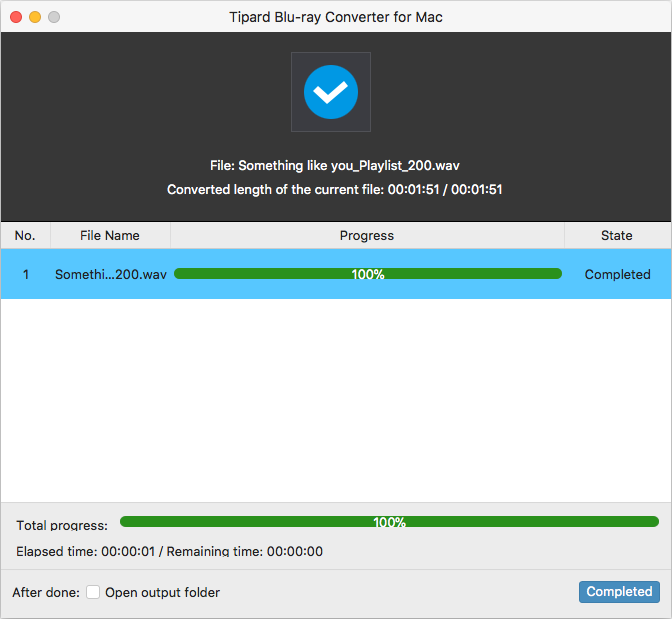 If you've already had formatted WAV music (a uncompressed audio format that takes up a lot of unnecessary space) archived on your computer and would like to sync to your handy possible devices, then we recommend you to convert to lossless formats ALAC (for Apple users) or to MP3 - a universal format natively supported by most of media gadgets. Hope to be helpful for you!

How Can I Play Blu-ray Disc on Xbox One