How to Rip Blu-ray Disc to PC

Internet Video streaming is on the rise, but many of us still have plenty of Blu-ray collections lying around the bookshelf. Want to liberate movies from your Blu-ray disc and store them on your PC hard drive so that you can watch them without using a standalone Blu-ray player? Here's how to rip Blu-ray disc to a PC.

There's vast amounts of data stored on a Blu-ray disc. Typically, a Blu-ray movie (i.e. non-4K) occupies 15-30GB in size, so ensure you have free space on your computer's hard drive. 60GB of room should suffice.

Get a Blu-ray drive for PC

Most of PCs don't come with optical drives these days. To rip your Blu-ray movie collection to PC, you'll need to get an external Blu-ray drive to hook up with your PC to read the BD disc, if you don't already own one, you can buy one from Amazon or local store.

We'll be using Blu-ray Converter in this post, which can rip the Blu-ray disc and convert the files to digital formats you want on computer. It also can converts between video files.

Once you've got all get preparation work ready, it's time to get started.

How to Rip Blu-ray Disc to PC

Please firstly click the "for Windows" link above to download the copy of Blu-ray Converter on your computer, install it.

Launch Blu-ray Converter on your PC, insert your Blu-ray disc into the drive.

Click the "Load Disc" button on the upper left-hand corner of the program window. In the opening file browse dialog, select the location where your Blu-ray are.

After you've selected your disc, the program will scan the disc to identify the titles to rip and return them to the working area of the program window.

Now you get to decide which digital file type you want to rip the Blu-ray to. We recommend going to the "HD Video" category and selecting HD H.264/MPEG-4 AVC Video (*.mp4) or HD MKV Video Format (*.mkv).

The list also includes a lot of device-oriented presets to choose from. Selecting one of these presets will get the conversion settings optimized automatically to fit whatever you choose. 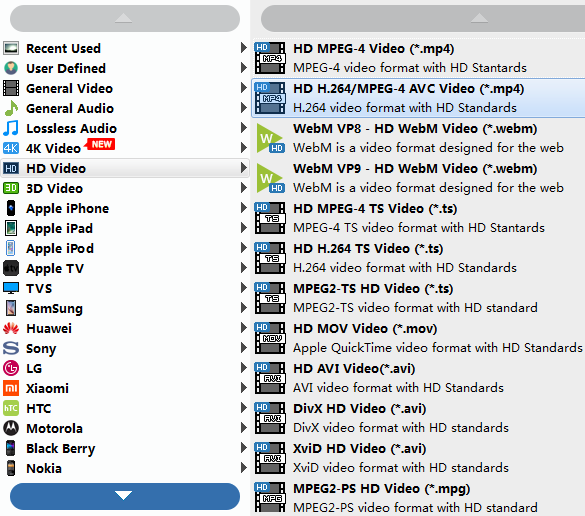 For experienced users, the app's developer also has built a "Settings" feature that allows you to modify conversion settings to resize file and control over the quality of the final file. 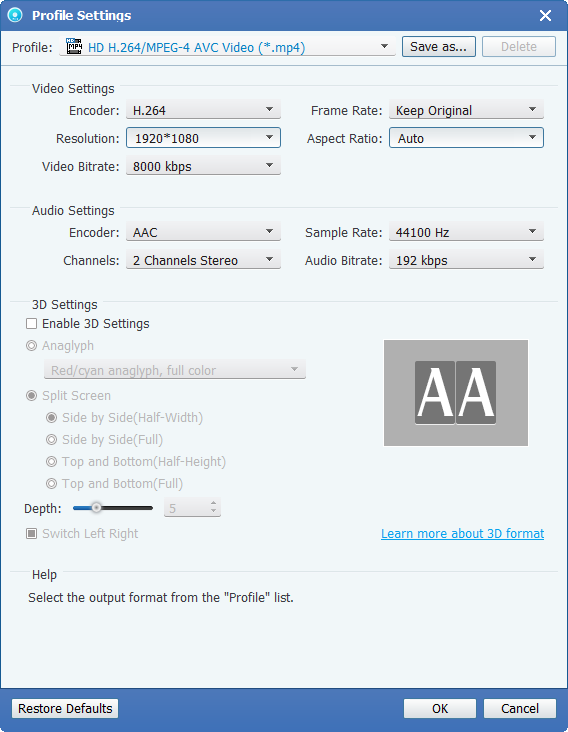 Go ahead and click the Browse button along the lower left side of the window to choose the destination for final ripped files.

When you've got everything just right, hit the "Convert" button at the bottom of the program window and let the Blu-ray Converter do its thing on your computer. It will show you a progress bar that indicates a percentage of completion of the process. 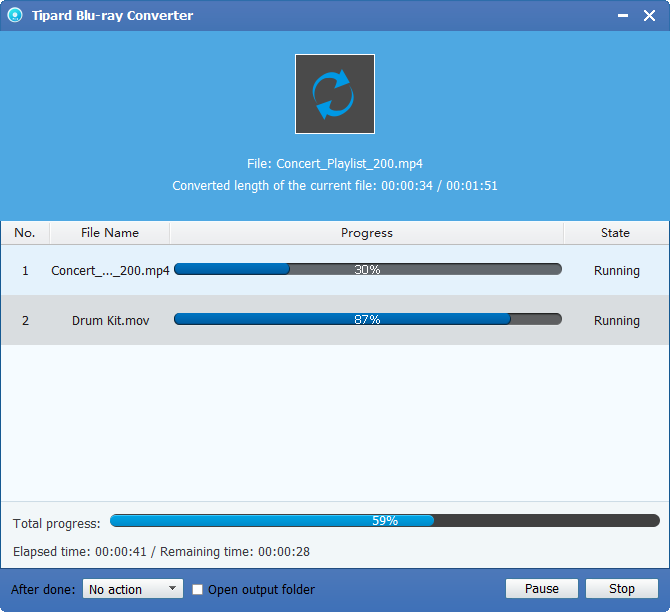 Done! You've successfully ripped a Blu-ray disc on PC machine. Now you are able to either watch the ripped movies on computer or transfer them to your iPhone for viewing on the go. Enjoy!

If you have an HP laptop and would like to watch Blu-ray movies on it, read How to Play Blu-ray on HP.

How Can I Play Blu-ray on iPad

How to Convert Blu-ray Disc into H.264 Files

How to Convert MPEG to MP4 on Mac

Does Xbox One Play Blu-ray Disc?

How to Play Blu-ray Disc on MacBook Air